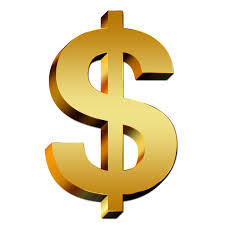 While most of the new tax law – the Tax Cuts and Jobs Act – has to do with reducing the corporate tax rate from 35 percent to 21 percent, some provisions relate to individual taxpayers. Before we get into the details, be aware that almost everything listed below sunsets after 2025, with the tax structure reverting to its current form in 2026 unless Congress acts between now and then. The corporate tax rate cut, however, does not sunset. Here are some highlights:

Estate Taxes. If you weren't worried about federal estate taxes before, you really don't need to worry now. With the federal exemption already scheduled to increase in 2018 to $5.6 million for individuals and $11.2 million for couples, the Republicans in Congress and President Trump have now nearly doubled this to $11.18 million (estimate) and $22.36 million (estimate), respectively, indexed for inflation. The tax rate for those few estates subject to taxation remains at 40 percent.

Tax Rates. These are slightly reduced and the brackets adjusted, with the top bracket dropping from 39.6 percent to 37 percent.

Standard Deduction and Personal Exemption. The standard deduction increases to $12,000 for individuals, $18,000 for heads of household and $24,000 for joint filers, all adjusted for inflation. Personal exemptions largely disappear.

State and Local Tax Deduction. Often referred to as "SALT," this is now subject to a cap of $10,000.

Home Mortgage Interest Deduction. The limit on deducting interest on up to $1 million of mortgage interest stays in effect for existing mortgages. New mortgages taken on after December 15, 2017, are subject to a $750,000 limit. The deduction for interest on home equity loans disappears.

Medical Expense Deduction. After much outcry in response to the House version of the tax bill, which would have eliminated the medical expense deduction, it survived. And, in fact, it was enhanced by permitting medical expenses in excess of 7.5 percent of adjusted gross income to be deducted in 2017 and 2018, after which it reverts to the 10 percent under existing law.

529 Plans. These accounts permitting tax-free accumulation of capital gains and dividends to pay college expenses can now be used for private school tuition of up to $10,000 a year.

Depending on your income and the amount of state and local taxes you have been paying, you may get a small tax cut. The bigger question is how the projected reduction in tax revenues of $1.5 trillion over the next 10 years will be paid for. This amount may simply be added to the deficit, or it may be used as a justification for “entitlement reform,” i.e., cutting Medicare, Medicaid or Social Security. It may also squeeze out other spending, such as investment in infrastructure.