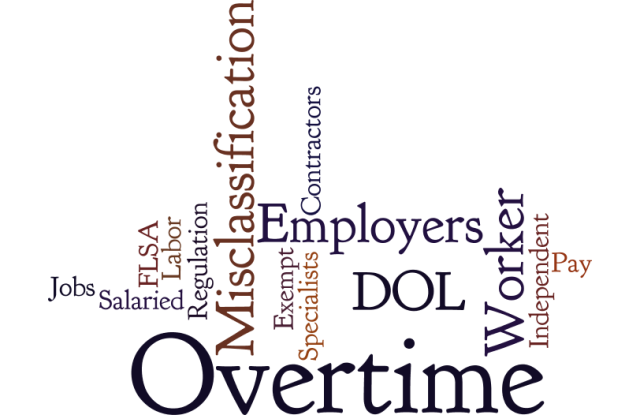 On January 20, 2020, Governor Murphy signed several new laws that dramatically increase a New Jersey employer’s liability for misclassifying workers as independent contractors rather than as employees. This employer alert summarizes each of the new laws.

First, the State is now authorized to assess an administrative misclassification penalty on employers of up to $250 per misclassified employee for a first violation, and up to a $1,000 per employee for subsequent violations. In addition, employers may be required to pay to the misclassified worker a separate penalty of up to 5% of his/her gross earnings over the past 12 months. The penalties may be recovered in a summary proceeding with costs awarded.

Second, employers are required to post notices regarding misclassification of workers. The Notice must be conspicuously posted in the workplace and delineate: (1) the prohibition against employers misclassifying employees as independent contractors; (2) the standard to determine whether a worker is an employee or an independent contractor in New Jersey; (3) the benefits and protections an employee is entitled to under New Jersey wage, benefit and tax laws; (4) the remedies available to workers affected by a misclassification; and (5) information on how a worker can report possible worker misclassification. The criminal remedies for violation include conviction of a disorderly persons offense and a fine between $100 and $1,000. This statute also includes an anti-retaliation provision. If a worker is discharged or discriminated against in retaliation for claiming or identifying worker misclassification, the employer is required to offer reinstatement and to pay all legal costs, all wages and benefits lost as a result of discharge or discriminatory action, and punitive damages equal to two times the lost wages and benefits.

Third, the law imposing joint liability on temporary agencies and employers for violation of the wage and hour laws has been expanded to include liability for “state employer tax laws,” which includes workers’ compensation, unemployment compensation, temporary disability benefits, and the New Jersey income tax. The law also specifically expands joint liability to include compliance with the statutes regarding misclassification. Significantly, the law expressly provides that liability can be imposed personally on “an individual acting on behalf of an employer who is an owner, director, officer, or manager of the employer.”

Fourth, the State may now seek a “Stop Work” Order compelling an employer (or a successor entity) to stop all operations if the employer is in violation of any state wage, benefit or tax laws at the worksite in question. The State must first conduct an audit or investigation, but has very broad powers to do so, including issuing subpoenas, examining records, and interviewing or deposing employees. Any non-compliance or actions to hinder an investigation can result in criminal penalties. Failure to comply with a “Stop Work” Order can result in penalties of up to $5,000 per day. Such “Stop Work” Order and the potential penalty for a violation of such an Order are consistent with the New Jersey Wage Theft Act, which became law in 2019.

Two other new laws also expand enforcement remedies available to the State. The Department of Labor and Workforce Development (LWD) is authorized to post names on its website of any persons found to be in violation of state wage, benefit or tax laws and against whom a final order has been issued. The employer is given 15 days advance notice of the intent to include their name on the list.  If the employer pays the outstanding liability ordered for the violation, the name must be removed from the list within 15 days. Finally, under a separate new provision of the tax law, the Department of Treasury is authorized to share information with the LWD to assist in investigations of violations of any state wage, benefit or tax law.

The Labor and Employment attorneys at Connell Foley LLP are available to assist any employer when reviewing current worker classifications and when hiring new workers.