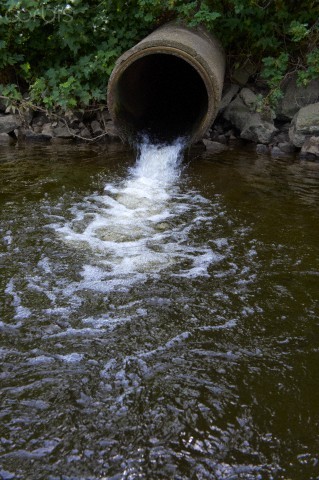 In an effort to address significant stormwater flooding and pollution in the state, on June 21, 2018 the New Jersey Senate passed bill S-1073, which will allow for broad local regulation of stormwater runoff, including creation of stormwater utilities and necessary infrastructure. The bill attempts to address stormwater pollution, particularly in cities with combined sewer overflow systems that discharge a mix of runoff and untreated sewage into state waters during heavy rain flow. New stormwater utilities will translate to higher fees for businesses and residents throughout New Jersey.

Bill S-1073 permits local governments to establish new stormwater utilities to manage the collection, treatment and disposal of stormwater runoff and to fund the utilities through "rents, rates, fees, or other charges for direct or indirect use or services of the stormwater management system." This may result in new fees, including to owners of parking lots and other impervious surfaces. The bill gives "counties and municipalities and to such sewerage authorities discretionary powers to provide for sewerage services designed to relieve pollution of such waters and for management of stormwater at the expense of the users of such services."

Industry groups oppose the bill, as it is seen as a deterrent to business development in the state due to resulting taxes that will be levied on businesses to fund the new stormwater utilities. There is also concern that the new stormwater infrastructure will result in a higher cost of living for New Jersey residents. For many facilities that are already required to obtain stormwater permits from the state, the bill may amount to double taxation. For this reason, industry groups are lobbying for a comprehensive overhaul of water infrastructure that also limits the impact on ratepayers in lieu of a new tax.

However, proponents highlight that there is simply no better way to fund repair and management of stormwater systems, which have been ranked by the Environmental Protection Agency as the state's most expensive water-related problem, with an estimated cost of $15.6 billion to fix.

The precise fee structure is not yet clear, as the stormwater utilities must calculate the fees based on NJDEP guidance, set to be issued after the bill is signed into law. Connell Foley will continue to provide updates on the impacts to industry.