Print PDF
Commercial Litigation
To Arbitrate or Not to Arbitrate (Commercial Disputes)
By Thomas S. Cosma on 01.09.2020 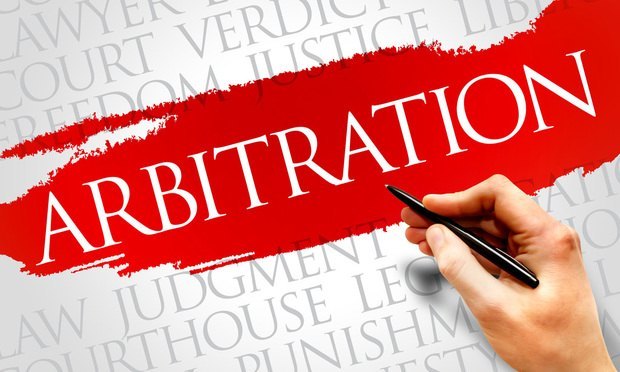 Last October, a Philadelphia jury awarded $8 billion (that’s with a “b”) in punitive damages against Johnson & Johnson arising out of the drug manufacturer’s failure to warn boys who took the drug Risperdal that they could develop female breast tissue as a result. The specter of such runaway jury verdicts is a prime reason why so many business people have chosen to include arbitration clauses in their standard terms and conditions.

But any business decision to choose arbitration over litigation should be made only after thorough discussion with experienced legal counsel and with an understanding of the pros and cons of the commercial arbitration process and its consequences.

Commercial arbitrations are creatures of contract. They arise when the parties to a contract specify that disputes between the parties arising out of the contract shall not be decided by litigation in a court of law with or without a jury, but through a private dispute resolution mechanism that needs to be described in sufficient detail to be enforceable.

The most-often cited advantages of commercial arbitrations are:

What, then, are the downsides to commercial arbitration? Some business owners think that an adverse arbitration award can be “appealed” to the same extent and in the same way as a jury’s or judge’s verdict. Not so. Most arbitration awards are final and binding subject to very few exceptions, namely, that the arbitration process was tainted by corruption, fraud, undue means, evident partiality or misconduct of the arbitrator, or that the arbitrator clearly exceeded his or her powers. Appeals of court proceedings provide far broader bases for reversal, including, for example, erroneous evidential rulings or instructions to the jury.

Additionally, many business people are chagrined to learn that filing fees for some arbitrations depend upon the amount sought and can far exceed court filing fees. Of course, arbitrators must be paid, usually by allocation amongst the parties, whereas judges and juries are “free.” If you choose a three arbitrator panel, and the arbitration consumes multiple hearing days, the costs can easily approach those of a major lawsuit. Most commercial arbitration agreements prescribe a “simple” one-page document that “awards” the successful party a particular dollar amount. Asking for a “reasoned” award, where the arbitrator sets forth findings of fact and conclusions of law (as a judge would do), costs more and can lead to more problems in terms of finality and confirmability.

So the choice to forego litigation in favor of arbitration should by no means be made without consideration of these favorable and unfavorable factors.  In many instances, one party will propose an arbitration provision be included in a contract only to have the other party reject it outright, or only will agree to a non-mandatory arbitration clause that provides that both parties must be willing to submit the particular, future dispute to arbitration at the time it arises. At that point, the party can assess its strengths and weaknesses and decide whether or not it wants to go for the gold ring in court or try for the hopefully quicker and cheaper arbitration route. The problem of course is that the shoe may then be on the other foot, and the party who originally proposed arbitration may “opt out.”

Which leads to the next question, “to mediate or not to mediate”?  That’s for the next time.