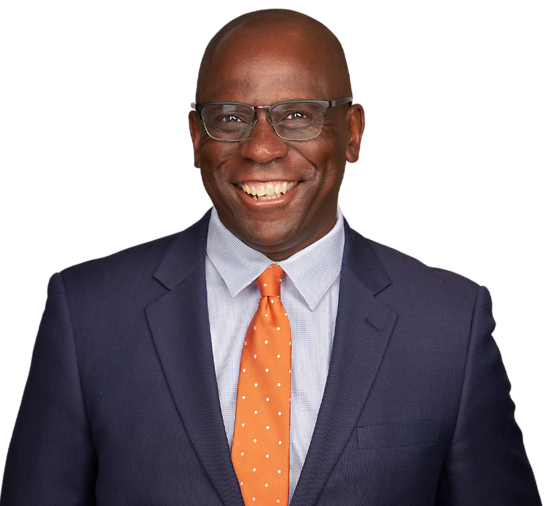 Vaughn L. McKoy combines his extraordinary background across the public and private sectors to provide strategic business and legal advice to a diverse group of clients. Often serving in the role of outside general counsel, Vaughn guides clients on regulatory, corporate governance, ethics and compliance, and government affairs matters, as well as in general and commercial litigation. Well-known throughout New York and New Jersey for his leadership of corporations, communities and people, Vaughn has earned a reputation as a business-savvy lawyer who is equally at home in the boardroom and in the trenches.

In addition to serving in private practice at prominent law firms, Vaughn worked directly for private corporations as well as public entities at all levels of government. This experience allows him to offer clients a unique combination of skills and insight to help solve complex problems.

As the COO of the City of Paterson, NJ, Vaughn was appointed by the mayor to help lead the city’s transformation and new policy implementation. In less than two years, he reduced the structural deficit by lowering healthcare costs, increasing business sewer fees, and controlling operating costs. He led several economic development projects, including the restoration of the Hinchliffe Stadium, one of two remaining Negro League baseball stadiums in the country.

For more than a decade, Vaughn held successive leadership roles with a major regional utility company. Initially hired as assistant general counsel, he transitioned to several business roles, including as president of a related foundation where he championed the company’s mission in support of education, the environment and the community. Rising to a high-visibility role as managing director/vice president of legal for a newly established subsidiary, he directed the successful integration of the former entity’s legal department with the parent company’s legal systems and processes. He built a strong legal team and laid the foundation for expected future growth.

As an Assistant Attorney General and Director of the New Jersey Division of Criminal Justice, Vaughn was a top prosecutor and directed the overall legal and business operations of Division, including 1,000 employees and a $60M budget. He also served as an Assistant United States Attorney where he led the investigation and prosecution of violent crimes, drug offenses, and civil rights, white-collar and other crimes, working closely with federal, state and local law enforcement.

Recently, Vaughn was selected as a member of the prestigious Merit Selection Committee of the U.S. District Court, which helps to select federal magistrate court judges, and appointed to the Boards of Hackensack Meridian School of Medicine and Middlesex Water Company where he is a member of the Audit Committees.  Vaughn is also the New Jersey Chair for Tiger 21, where he facilitates learning sessions with high net worth individuals, entrepreneurs and wealth creators.

Deeply committed to supporting local communities, Vaughn is a long-time leader of nonprofits, serving as a board member for regional organizations, including, UNCF, The Dfree Global Foundation, Inc., The Boys and Girls Clubs of New Jersey, and Mentor New York.