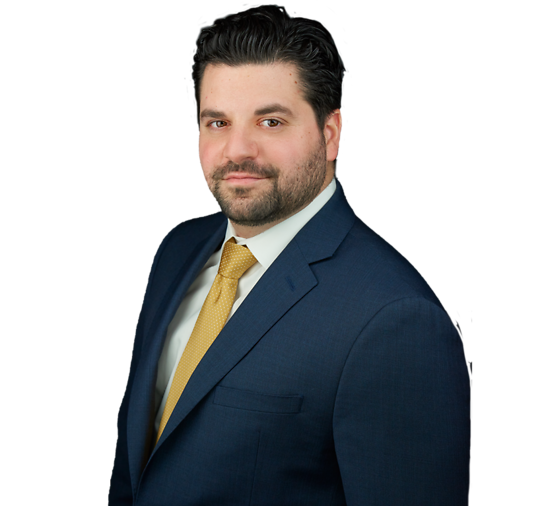 Joseph Megariotis focuses primarily on complex commercial disputes, including franchise and trademark litigation in the retail and hospitality sectors, as well as the defense of large exposure/catastrophic casualty events throughout the country. Joseph is a pro bono attorney with Kids in Need of Defense (KIND), representing minors in immigration proceedings

Joseph began his career as the Judicial Law Clerk from 2010 to 2011 for the Honorable John J. Langan, Jr., J.S.C., Superior Court of New Jersey, Bergen County, Civil Division. He also successfully completed his course of training of the Justice Morris Pashman American Inn of Court for the term of 2012-2014. The Justice Morris Pashman American Inn of Court was founded as one of the first Inns of Court in New Jersey. It was created by a group of dedicated judges and attorneys for the purpose of teaching and mentoring young lawyers in the skills of trial advocacy, civility, professionalism and ethics. The two-year program was conducted in Hackensack at the Superior Court of New Jersey. Joseph was part of a pupilage group lead by the Honorable Menelaos W. Toskos, J.S.C. and the Honorable Robert C. Wilson, J.S.C.