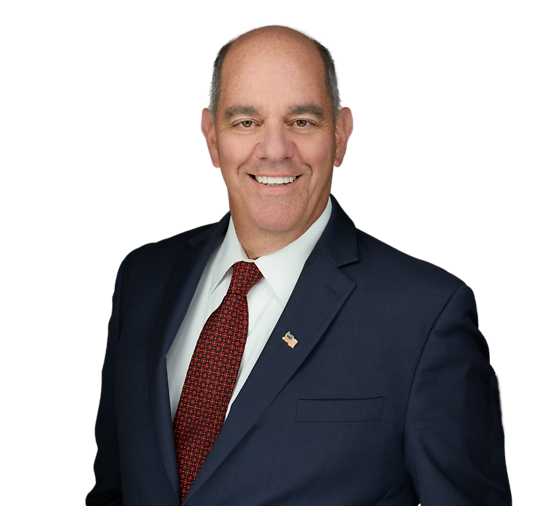 As a former federal prosecutor, John Lacey brings an in-depth and unique understanding of the criminal justice system to his litigation practice. He focuses on complex federal and state litigation matters, white collar criminal defense, internal and external corporate investigations, and the defense of individuals in governmental investigations. The Chair of Connell Foley’s White Collar Criminal Defense and Complex Litigation practices, John is a former president of the Association of the Federal Bar of New Jersey.

John is frequently brought in to conduct investigations and defend corporations and individuals in high-profile civil, criminal and administrative matters at the state and federal levels. This work often involves the handling of highly sensitive information where complete discretion is required. With his distinctive experience and approach, John is adept at finding the key issues in a complex investigation and creating strategies to mitigate harm for his clients.

A significant portion of John’s practice is devoted to advising companies doing business overseas on compliance with the Foreign Corrupt Practices Act. He leverages impeccable research and analytical skills to identify risk and perform due diligence, helping his clients create sound preventive programs and compliance mechanisms to protect themselves in the event of a governmental investigation of bribery. John has worked with businesses involved in China, Russia, Mexico and Venezuela, among other countries.

In his formidable legal career, John has handled dozens of prosecutions and argued more than 20 successful appeals before the United States Court of Appeals for the Third Circuit. He launched his career by successfully prosecuting an international terrorist who had entered the United States with a counterfeit passport and was later apprehended along the New Jersey Turnpike with three powerful bombs in his vehicle. The case was the first in the nation to recognize a “terrorist exception” to federal sentencing guidelines. John also investigated and prosecuted high-profile cases involving bank and armored car robberies, multinational drug distribution and international money laundering. During his time with the U.S. Department of Justice, John served under now-Associate Justice Samuel A. Alito Jr. of the Supreme Court of the United States and Michael Chertoff, former judge of the Court of Appeals for the Third Circuit and former secretary of the U.S. Department of Homeland Security.

Lauded for his knowledge of white collar criminal defense, John has appeared in the media as a legal analyst and commentator for MSNBC and Court TV.