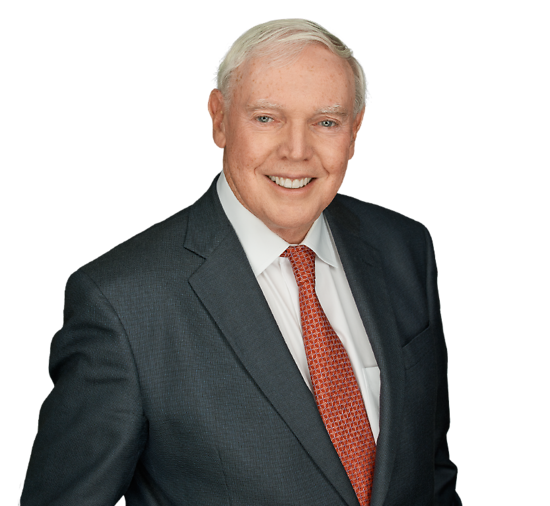 Co-Chair, Real Estate and Land Use

As a senior member and Co-chair of the Real Estate and Land Use practice, Kevin Coakley represents developers on major real estate projects throughout New Jersey. During a career that has spanned 40 years, he has advised on some of the state’s most significant real estate transactions, including those involving development, zoning, permitting, condemnation, wetlands and tidelands matters.

Kevin has a deep knowledge of government agencies overseeing development in New Jersey. With extensive experience in environmental matters as well, he has advised on numerous New Jersey Department of Environmental Protection (NJDEP) land use permit matters. He has been counsel of record in approximately 60 published decisions, most involving governmental matters.

As a litigator, Kevin has significant experience in cases involving Fifth Amendment takings claims. He was counsel to the successful plaintiff in the landmark inverse condemnation case of Loveladies Harbor v. United States, 28 F3d 11721 (Fed. Cir. 1994). He is also particularly skilled in the use of litigation to challenge adverse rulings in development projects from regulators, including municipal bodies and state agencies.

In 2009 and 2012, Kevin completed litigation on behalf of Centex Homes and Toll Brothers that upset state regulations denying refunds to developers who paid for utility extensions in non-smart growth areas. Thousands of projects will receive refunds based on the decision in the matter of the Board's Main Extension Rules, N.J.A.C. 14:3-8.1 et seq., 426 N.J. Super. 538 (App. Div. 2012).

In 2006, he settled two class action Commerce Clause lawsuits on behalf of out-of-state members of the trucking industry against the State of New Jersey, resulting in $8.25 million being refunded by the State to trucking companies that had been forced to pay unconstitutional fees. As a result, Kevin was successful in removing a long-standing state tax against trucking companies and permanently enjoining the State from imposing flat, unapportioned fees on the trucking industry.